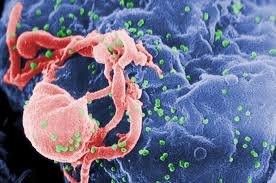 Human immunodeficiency virus (HIV) is an infection that attacks the body’s immune system, specifically the white blood cells called CD4 cells. HIV destroys these CD4 cells, weakening a person’s immunity against infections such as tuberculosis and some cancers.

WHO recommends that every person who may be at risk of HIV should access testing. People diagnosed with HIV should be offered and linked to antiretroviral treatment as soon as possible following diagnosis. If taken consistently, this treatment also prevents HIV transmission to others.

If the person’s CD4 cell count falls below 200, their immunity is severely compromised, leaving them more susceptible to infections. Someone with a CD4 count below 200 is described as having AIDS (acquired immunodeficiency syndrome).

HIV is fully preventable. Effective antiretroviral treatment prevents HIV transmission from mother to child during pregnancy, delivery and breastfeeding. Someone who is on antiretroviral therapy (ART) and virally suppressed will not pass HIV to their sexual partners.

There are many ways to prevent HIV. Condoms prevent HIV, other sexually transmitted infections and unplanned pregnancies. Pre- and post-exposure prophylaxis use antiretroviral medicines to prevent HIV. Male circumcision is recommended for men and adolescent boys in high-burden countries in eastern and southern Africa. Harm reduction (needle syringe programmes and opioid substitution therapy) prevents HIV and other blood-borne infections for people who inject drugs. WHO recommends packages of services tailored to various populations, including for the 5 key populations (men who have sex with men, people who inject drugs, people in prisons, sex workers and transgender populations), who are particularly vulnerable to HIV.

HIV can be diagnosed using simple and affordable rapid diagnostic tests, as well as self-tests. It is important that HIV testing services follow the 5Cs: consent, confidentiality, counseling, correct results and connection with treatment and other services.

HIV is treated with antiretroviral therapy (ART) consisting of one or more medicines. ART does not cure HIV, but reduces replication of the virus in the blood, thereby reducing the viral load to an undetectable level.

ART enables people living with HIV to lead healthy, productive lives. It also works as an effective prevention, reducing the risk of onward transmission by 96%.

ART should be taken every day throughout the person’s life. People can continue with safe and effective ART if they adhere to their treatment. In cases when ART becomes ineffective due to reasons such as lost contact with health care providers and drug stockouts, people will need to switch to other medicines to protect their health.