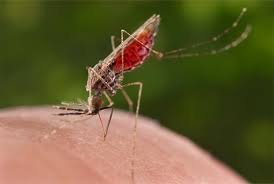 Zika virus is a mosquito-borne flavivirus that was first identified in Uganda in 1947 in monkeys. It was later identified in humans in 1952 in Uganda and the United Republic of Tanzania.

Outbreaks of Zika virus disease have been recorded in Africa, the Americas, Asia and the Pacific. From the 1960s to 1980s, rare sporadic cases of human infections were found across Africa and Asia, typically accompanied by mild illness.

In October 2015, Brazil reported an association between Zika virus infection and microcephaly. Outbreaks and evidence of transmission soon appeared throughout the Americas, Africa, and other regions of the world. To date, a total of 86 countries and territories have reported evidence of mosquito-transmitted Zika infection.

The incubation period (the time from exposure to symptoms) of Zika virus disease is estimated to be 3–14 days. The majority of people infected with Zika virus do not develop symptoms. Symptoms are generally mild including fever, rash, conjunctivitis, muscle and joint pain, malaise, and headache, and usually last for 2–7 days.

Zika virus infection during pregnancy is a cause of microcephaly and other congenital abnormalities in the developing fetus and newborn. Zika infection in pregnancy also results in pregnancy complications such as fetal loss, stillbirth, and preterm birth.

Zika virus infection is also a trigger of Guillain-Barré syndrome, neuropathy and myelitis, particularly in adults and older children.

Research is ongoing to investigate the effects of Zika virus infection on pregnancy outcomes, strategies for prevention and control, and effects of infection on other neurological disorders in children and adults.

Zika virus is primarily transmitted by the bite of an infected mosquito from the Aedes genus, mainly Aedes aegypti, in tropical and subtropical regions. Aedes mosquitoes usually bite during the day, peaking during early morning and late afternoon/evening. This is the same mosquito that transmits dengue, chikungunya and yellow fever.

Zika virus is also transmitted from mother to fetus during pregnancy, through sexual contact, transfusion of blood and blood products, and organ transplantation.

Infection with the Zika virus may be suspected based on symptoms of persons living in or visiting areas with Zika virus transmission and/or Aedes mosquito vectors. A diagnosis of Zika virus infection can only be confirmed by laboratory tests of blood or other body fluids, such as urine or semen.

There is no treatment available for Zika virus infection or its associated diseases.

Symptoms of Zika virus infection are usually mild. People with  symptoms such as fever, rash, or arthralgia should get plenty of rest, drink fluids, and treat pain and fever with common medicines. If symptoms worsen, they should seek medical care and advice.

Pregnant women living in areas with Zika transmission or who develop symptoms of Zika virus infection should seek medical attention for laboratory testing and other clinical care.

Protection against mosquito bites during the day and early evening is a key measure to prevent Zika virus infection. Special attention should be given to prevention of mosquito bites among pregnant women, women of reproductive age, and young children.

Personal protection measures include wearing clothing (preferably light-coloured) that covers as much of the body as possible; using physical barriers such as window screens and closed doors and windows; and applying insect repellent to skin or clothing that contains DEET, IR3535 or icaridin according to the product label instructions.

Young children and pregnant women should sleep under mosquito nets if sleeping during the day or early evening.  Travellers and those living in affected areas should take the same basic precautions described above to protect themselves from mosquito bites.

Aedes mosquitoes breed in small collections of water around homes, schools, and work sites. It is important to eliminate these mosquito breeding sites, including: covering water storage containers, removing standing water in flower pots, and cleaning up trash and used tires. Community initiatives are essential to support local government and public health programs to reduce mosquito breeding sites.  Health authorities may also advise use of larvicides and insecticides to reduce mosquito populations and disease spread.

No vaccine is yet available for the prevention or treatment of Zika virus infection. Development of a Zika vaccine remains an active area of research.

Zika virus can be transmitted from mother to fetus during pregnancy, resulting in microcephaly (smaller than normal head size) and other congenital malformations in the infant, collectively referred to as congenital Zika syndrome.

Microcephaly is caused by underlying abnormal brain development or loss of brain tissue. Child outcomes vary according to the extent of the brain damage.

Zika virus can be transmitted through sexual intercourse. This is of concern due to an association between Zika virus infection and adverse pregnancy and fetal outcomes.

WHO recommends that sexually active men and women be correctly counselled and offered a full range of contraceptive methods to be able to make an informed choice about whether and when to become pregnant in order to prevent possible adverse pregnancy and fetal outcomes.

Women who have had unprotected sex and do not wish to become pregnant due to concerns about Zika virus infection should have ready access to emergency contraceptive services and counselling. Pregnant women should practice safer sex (including correct and consistent use of condoms) or abstain from sexual activity for at least the entire duration of pregnancy.